The LP Box Kit cajons allow players to play in a drum set position. The cajons can be played with hands or cajon brushes to create an infinite number of grooves. The different tone zones include independent bass, mid and high sound boards allowing for the ultimate distinction with no cross talk. The snare mechanism can be adjusted with a drum key and allows a snare sound on multiple surfaces. Both the 6 and 3-zone Box Kit cajons feature Red Meranti soundboards on a birch body. The 6-Zone Box Kit(LP453) is 21 3/4”x17 1/2”x11 1/2” and the 3-Zone Box Kit(LP453) measures 18”x11 ¾”x11 ¾”. 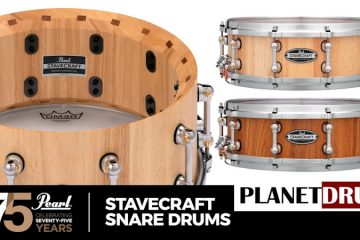 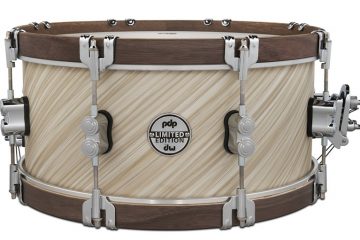 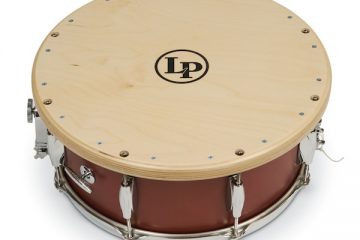 LP launches the highly-versatile Wood Tapa. It’s a new and innovative way to retrofit any existing snare drum with a cajon-like top and textured top surface that can be played with the hands, brushes or other soft implements.