These Drum Legends Drum Heads are a beautiful, limited-edition offering that any drumming enthusiast will want in their collection. Each drum head features an original painting by artist Maureen Brown Gratton.

These heads capture the essence of each classic drummer. Each head is printed on a high-quality, Made in USA, 12” Evans drumhead, using a high-quality imprint method that will not fade.

MAUREEN BROWN GRATTON – Starting her career as a professional drummer/singer/percussionist and bandleader, she made Canadian history as the first drummer in the country to be recognized as Blues Drummer of the Year, the first 3 years awarded, when she was the only woman nominated in the category. Moe’s Art is her art adventure where she is an acclaimed pet portrait artist and a multi-media artist creating art on canvas, clothing, drum heads and MOrE. Ringo Starr is just one of the many people who own a piece of Moe’s Art.

Available Drummers on Hudson Music Include:

A household name, Buddy Rich  started playing professionally as a part of his parents’ vaudeville act, and at the age of 19, gave up the vaudeville stage for a career as jazz musician. In six decades of playing, he swung and inspired a number of big bands, including those led by Bunny Berigan, Artie Shaw, Tommy Dorsey, and Harry James, but his made his greatest impact with his own big band, a precise, high-energy unit that he led, with a couple of timeouts, from 1966 through 1987.

While there is no official starting point for the actual beginning of jazz drumming, Baby Dodds is the drummer most frequently cited as taking New Orleans parade and street drumming steps beyond, into what we now know as jazz drumming.  As a part of Fate Marabel’s band on one riverboat, Dodds met a young Louis Armstrong, eventually playing as a part of trumpeter King Oliver’s influential jazz band.

As the first drumming bandleader in jazz history, Webb brought attention to the instrument and helped define the drummer’s role in a big band setting in line with fills, kicks, shading, explosive drum breaks, and dynamics.

The man who made the drums a solo instrument and helped develop the modern drum kit. Gene Krupa refined and developed Chick Webb’s sense of big band swing, and built upon the foundation of drum pioneers like Baby Dodds and Zutty Singleton.

He’s been called “the man who played like the wind,” “the father of modern jazz drumming,” “Mister Hi-Hat,”  a jazz drumming innovator, ground breaker and pioneer.  Papa Jo’s fluid work with Count Basie paved the way for modern drummers use of the ride cymbal as the primary time-keeper, and his melodic solos foreshadowed the work of Max Roach and other modernists in later years.

The last Drum Legends Drum Heads is dedicated to a woman. As one of the first professional female drummers in history, she played in big bands, small groups, symphonic settings, in vaudeville and in two Hollywood films,  on radio and the Broadway stage, and on the Ed Sullivan television program five times.  Having studied at Julliard and with legendary the Billy Gladstone, and citing Louie Bellson as a major inspiration, she moved effortlessly from co-leading an all-female orchestra called the Coquettes, to a featured soloist with the popular, all-girl ensemble, Phil Spitalny’s Hour of Charm Orchestra.

Buy all from Hudson Music 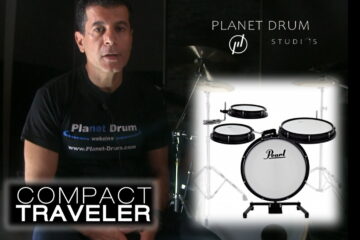 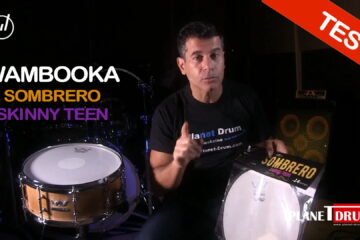 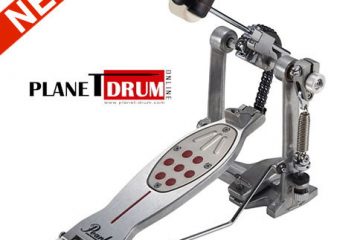