NILE Announce European Tour in September and October 2019
Without any discussion, Nile can be seen as one of the leading bands in the death metal scene

Today, the death metal Egyptologists NILE have announced a tour that’s due to hit Europe throughout September and October of this year. They will be accompanied by the American death metallers HATE ETERNAL, VITRIOL and the Swiss band OMOPHAGIA.
The tour consists of 25 Shows, including three shows in the UK and seven shows in Germany.

Nile truly are unique in the American death metal scene, hailing from southern roots in Greenville, South Carolina, United States, and forged in 1993. Nile’s music and lyrics are something to experience first hand and without a doubt is an aural and sonic onslaught for the senses. Drawing inspiration from Ancient Egyptian and Near Eastern mysticism, history, religion, and the ancient black arts, as well as the works of H.P. Lovecraft, Nile, are a band that stand out “amongst the catacombs” of Death Metal compatriots and have carved and massacred their own unique path in an industry of soundalikes. To bear witness is to find yourself in the company of “Those whom the gods detest”, aligned with the fervor and passion of their fans, Nile, rage forth unto the fields of battle with metal brothers and sisters.

HISTORY
Nile formed in their hometown of Greenville in 1993, from the ashes of a previous band, Morriah, in which Karl Sanders played since the 1980s. The name of this band may have been taken from the Nile river. Karl Sanders (guitars/vocals), Chief Spires (bass/vocals), and Pete Hammoura (drums) debuted with their Festivals of Atonement EP in 1995, leading Nile to a southwestern tour in support of other big metal acts such as Obituary, Deicide, and Broken Hope.

The EP Ramses Bringer of War was released by Visceral Productions in 1997. Visceral was due to release the full-length Amongst the Catacombs of Nephren-Ka, but went out of business later that year. However, Relapse Records was open to releasing it in early 1998, giving Nile a wider distribution and a chance to tour with Incantation and Morbid Angel.

The follow-up, Black Seeds of Vengeance, was released in late 2000. Prior to this release, Pete Hammoura left the band due to injuries sustained while touring for The Catacombs. However, since the band thought he was holding them back, it was agreed that he leave. Derek Roddy drummed on all of the tracks (except “To Dream of Ur”) as a session musician. Also, prior to Black Seeds of Vengeance, Dallas Toler-Wade joined as a second guitarist/vocalist.

A collection of remastered recordings, In the Beginning, was released later the same year. Chief Spires left the band a few months after the release of Black Seeds of Vengeance, citing personal and professional differences. He was replaced by Jon Vesano. The band also found a new drummer in Tony Laureano. By 2002, In Their Darkened Shrines was released. One reviewer noted that the album gave “death metal a cinematic, symphonic twist”. Two videos were shot with director Darren Doane, “Sarcophagus” and “Execration Text”, respectively.

Annihilation of the Wicked was released in 2005. New drummer George Kollias stepped in to replace Tony Laureano, who left before the recording began. After recording the bass for Annihilation of the Wicked, Jon Vesano also left the band. He was temporarily replaced by Joe Payne on the following tour. Another Darren Doane directed video was shot for “Sacrifice Unto Sebek”. In May 2006, Nile signed a recording contract with Nuclear Blast.

On February 26, 2007, Nile entered the studio and began recording their fifth full-length album entitled Ithyphallic, which was their first release with Nuclear Blast. Karl Sanders had confirmed a release date of June 29 via a posting on the band’s message board, which was later pushed back to July 20, 2007. As a special bonus, Nuclear Blast gave several fans the opportunity to listen to the new album two weeks before its release if they could decipher a hieroglyphic message, to which “papyrus” was the answer. Upon the album’s release, it sold 4,600 copies, which enabled Nile to get onto the Billboard 200 for the first time, reaching No. 162 on that chart. On March 21, 2007, Nile was confirmed as a “Second Stage” act for Ozzfest 2007. A message from Karl Sanders via Nile’s MySpace profile indicated that they were excited to finally bring true death metal to an Ozzfest audience. In March/April 2008, Nile went on a US headlining tour with Suicide Silence, The Faceless, Unexpect, and Warbringer. In September/October 2008, Nile set out on a European headlining tour with Grave, Omnium Gatherum and Severe Torture. In October 2008 the band planned to take their Ithyphallic tour to South Africa for a booking of three shows but they were canceled for unknown reasons.

In June 2009, Nile entered the recording studio to begin work on their sixth full-length album, entitled Those Whom the Gods Detest. The album was released in November of the same year, and was critically well-received – with one reviewer suggesting “pretty much the only thing standing in Nile’s way at this point is the fact that we as listeners have become so accustomed to the band’s excellence that another excellent album seems almost par for the course”. It sold 3,500 copies in its first week of release in America, peaking at No. 160 on the Billboard 200. On October 21, 2010, Chris Lollis was confirmed as the new permanent bassist for Nile, after four years of session work with the band.

On October 11, 2011, Goomba Music released Worship the Animal, which is an alternately titled version of Nile’s demo, which the band’s original line-up recorded in 1994.

On December 6, 2011, Nile announced work in progress, and the completion of drum tracking, for their upcoming album in 2012. Karl Sanders commented: “We are finished tracking drums for the new Nile album – George, Dallas, Neil Kernon, and I spent a week with Bob Moore at the Soundlab in Columbia SC, tracking drums. We were expecting a long grueling session – some of this material is very compositionally challenging and technically demanding, but George knocked it out, finishing a full week ahead of schedule. Some of the drumming on this record will be boggling people’s minds for years to come. At the moment we are back in Greenville, and will commence tracking guitars any day now.”

On February 4, 2012, Karl Sanders announced on his Facebook page that they had a new bassist, Todd Ellis, who would contribute vocals to the new record. The next day, he explained on the band’s official forum that he had lost contact with Chris Lollis during the writing and recording of the upcoming album, and after three months of silence from him, they hired a replacement. On November 22, 2012, Nile released their music video for “Enduring The Eternal Molestation Of Flame”. On February 9, 2015, Todd Ellis left the band, citing “unforeseen circumstances beyond my control”.] On August 28, What Should Not Be Unearthed was released. On March 1st, 2015, Brad Parris joined the band and took over for Todd Ellis, he has been the bassist ever since. In February 2017, long-time member Dallas Toler-Wade had left the band and was replaced by Enthean vocalist/guitarist Brian Kingsland.

In February 2018, after solidifying their lineup, the band embarked on a 3-week European tour with support from, grindcore godfathers, Terrorizer which culminated in Berlin, Germany on March 3rd. Following their European tour, Nile teamed up on a co-headline tour with, Brazilian tribe metallers, Soulfly, and set out on a 2-month tour of the US and Canada, on the “From the Amazon to the Nile Tour 2018”, Amorphis joined the band as support on select shows.
On June 23rd, the band Headlined, Hellfest 2018, in Clisson, France.
On June 30th, the Band Headlined, Antwerp Metal Fest 2018, in Belgium.
On July 28th, the Band Headlined, Heavy Montreal 2018, in Montreal, Canada.

The band is currently at work on the next studio album which is tentatively due early 2019.

Musical style and Themes
The majority of Nile’s music is written by vocalist/guitarist Karl Sanders. It combines traditional and technical death metal. Nile’s music is also characterized by its extreme complexity and speed – for which the band has received acknowledgment from many music fans and journalists – and its extremely “heavy” riffing, due to Nile’s guitar and bass tunings, which are normally Dropped A tuning.

Much of the lyrical content is based on Sanders’ interest in Egyptology and other ancient Middle Eastern cultures, such as Mesopotamia. H.P. Lovecraft also seems to have an enduring influence upon Nile’s lyrical themes; the word “Nile” and the title of Nile’s first full-length album can both be found in the same sentence of Lovecraft’s short story “The Outsider”. Lengthy sleeve notes are included with the albums Black Seeds of Vengeance, In Their Darkened Shrines, Annihilation of the Wicked, Those Whom the Gods Detest, At the Gate of Sethu, and What Should Not Be Unearthed, explaining the inspiration or source for the lyrics of each song. 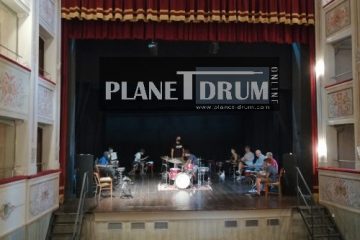 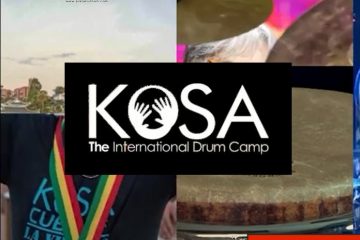 KoSA Cuba’s “Live from Havana” was a blast and a historic first! 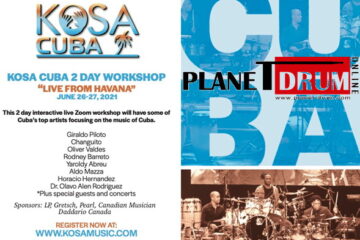