From analogue to digital: Musikmesse and Prolight + Sound present the best of both worlds and bring music to the city 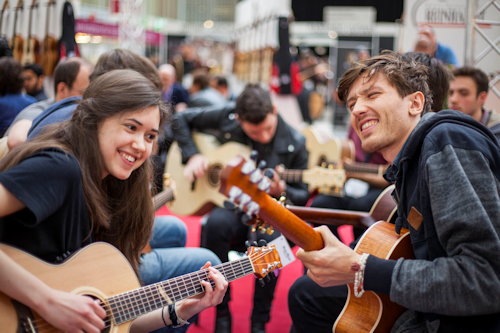 Over the coming days, Frankfurt am Main is not only the meeting place of the music and event sector but also the setting for an impressive spectrum of musical events. The Live Entertainment Award and the Grand Finale of the 8th International German Piano Award mark the beginning of a week devoted to product innovations, knowledge transfer, young musicians and concert highlights at the Exhibition Centre and in the city.

From analogue to digital: Musikmesse and Prolight + Sound present the best of both worlds and bring music to the city

Over the coming days, Frankfurt am Main is not only the meeting place of the music and event sector but also the setting for an impressive spectrum of musical events. The Live Entertainment Award and the Grand Finale of the 8th International German Piano Award mark the beginning of a week devoted to product innovations, knowledge transfer, young musicians and concert highlights at the Exhibition Centre and in the city.

Prolight + Sound (10 to 13 April) and Musikmesse (11 to 14 April) offer a full programme for professionals from sectors such as event and media technology, the musical-instrument trade, music production, education and therapy and the music business and merchandising. A blend of lectures, talks and panel discussions will show specialists and other interested parties how 3D audio and 360° film, as well as virtual and augmented reality, are changing, for example, working practices in studios and at live performances, as well as trends that are having a decisive impact on the trade, culture and education. Renowned professionals will give participants the chance to look over their shoulder at interactive events, such as masterclasses and recording workshops with meet-and-greets. On the exhibitor side, there will be numerous product launches while the accompanying Musikmesse Festival will make the city rock with around 60 concerts at over 30 venues.

“It is no secret that markets are changing dramatically as a result of digitalisation. However, although the music world has also changed, the love of all aspects of music and events lives on. At Musikmesse and Prolight + Sound, visitors can look into the future of the sector. And, against a heterogeneous market background, we are keeping the two trade fairs on a steady course with investments in entertainment and education events”, says Detlef Braun, Member of the Executive Board of Messe Frankfurt. “In this context, the Musikmesse Festival represents a supplementary sign for music making and Frankfurt and the Rhine-Main region as a creative centre”, adds Braun.

For the first time, there will also be concerts at the Exhibition Centre after the fair with its 1,803 exhibitors from 56 countries[1] closes for the day at 18.00 hrs. The new Festival Arena, a circus tent for 1,500 visitors, is ready to welcome prominent guests on three evenings with concerts by Canada’s Gino Vannelli (‘I Just Wanna Stop’, ‘Living Inside Myself’), the 100 Million Clicks Night with European Song Contest participant Michael Schulte and the Rockin’ 1000 Jam Night with star guests. At the Congress Centre Messe Frankfurt, there will be unparalleled musical encounters, such as between piano virtuoso Joja Wendt and young music ensembles and between five-times Grammy-winner Dionne Warwick and the New Philharmonic Orchestra Frankfurt. Moreover, the first international Showcase Festival with acts from six European countries is being held in the adjoining Maritim Hotel on three evenings while, in addition to concerts by Albert Hammond, Asaf Avidan, Curse, En Vogue and other top acts within the framework of the Musikmesse Festival, members of the public are also invited to make music at the piano stations of Frankfurt Street Tunes at various public locations in Frankfurt.

Handicrafts meets high tech at Musikmesse
In nine exhibition halls, visitors can find everything they need to make music – from guitars and drums, via string and plucked instruments, to synthesisers and recording equipment. This year’s trends include hybrid products that combine the playing experience of traditional instruments with the flexibility of digital sound production, for example, concert grands that are also e-pianos. Some instruments integrate mobile devices. For instance, musicians can use specially developed apps that make learning and practicing more interesting or that widen the scope of an instrument with supplementary sounds.

Nevertheless, the demand for traditional instruments is huge. The new The World of Vintage Guitars special show presents the development of guitars of the legendary Fender brand, unique hand-made models from the Fender Custom Shop and original guitars played by rock legends such as Joe Bonamassa and Joe Satriani. This year also sees the return of the Piano Salon Europe to Musikmesse. There, premium European manufacturers exhibit masterpieces made using the centuries-old techniques of upright and grand piano manufacturing.

Arouse enthusiasm, pass on knowledge and promote talents
This year’s Musikmesse puts the spotlight more than ever before on young people. The successful Discover Music promotional project, which invites the very youngest visitors to embark on a journey of musical discovery, has been expanded for the 2018 edition of the fair. There, groups from kindergartens and schools – as well as all other Musikmesse visitors – can try out instruments to their hearts’ content or take part in a variety of workshops.

At the Classes make Music conference on 13 April and the first bdfm Congress of the German Association of Free Music Schools to be held at Musikmesse, music teachers can gather valuable information about modern teaching methods. This year’s European School Music Award goes once again to outstanding school and teaching projects. But that’s not all: the fair also offers musical instrument workshops and masterclasses, as well as lectures during which experienced musicians and music producers offer tips for greater professionalism in the music sector.

The programme of concerts of Musikmesse and the Musikmesse Festival puts the spotlight on young musicians and up-and-coming talents. Thus, at the SchoolJam band competition, young bands compete for the title of ‘Germany’s best school band’ while the prize-winner concerts of the Young People Make Music will be held in a variety of churches throughout the city. The highlight in this context will be the presentation of the Frankfurt Music Prize to Germany’s BundesJazzOrchester youth jazz orchestra in the Paulskirche (St. Pauls Church).

A première at Musikmesse is the final round of the European Songwriting Award, which gives talented composers the chance to perform their songs to decision makers from music labels. The winner can look forward to long-term support via the network of Yamaha Music Europe. 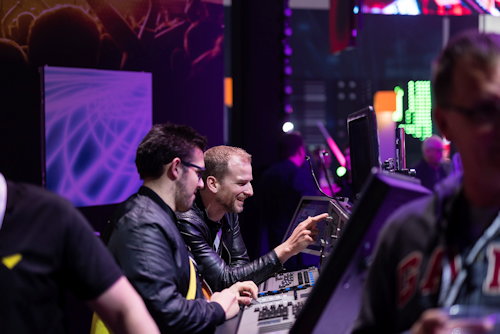 Prolight + Sound and digital connectivity
Prolight + Sound presents all facets of the event and media-technology sector. In addition to immersive technologies that blur the boundaries between reality and virtual perception, the fair reflects the advances made in the field of digital connectivity. From lighting and sound mixing desks, via amplifiers and sound cards, to loudspeakers and monitors: more and more individual components communicate with each other via IP; the ‘Internet of Things’ is well on its way to becoming reality in the event-technology business.

The sector is highly innovative – as is the need of market participants to keep up-to-date with the latest trends. Over 100 lectures, panel discussions and workshops offer insights into the latest technologies and areas of application, the legal situation, modern event production and safety, personnel development and marketing in the event industry.

More synergistic effects between Prolight + Sound and Musikmesse
For the first time, Hall 4.1 (‘Audio DJ + Recording’) is part of both Musikmesse and Prolight + Sound – and this also applies to the workshops revolving around professional audio technology, including the new The Future of Music and Audio Technology seminar programme and the DJCon DJ platform.

Another première within the framework of Prolight + Sound and Musikmesse is MerchDays, the meeting place for the sector that presents products and services for entertainment merchandising, from textile, electronic and lifestyle articles to technologies for finishing, logistics and e-commerce. Previously, MerchDays were part of c/o-Pop in Cologne. Around 40 brands have signed up for the première in Frankfurt on 12 and 13 April.

The opening of Musikmesse and Prolight + Sound will once again be held within the framework of the PRG Live Entertainment Award (LEA) in the ‘Festhalle’ on 9 April. The LEA honours personalities behind major events from promotors, managers and agents to venue operators. Numerous top artists – including techno-veterans Scooter, European Song Contest winner Conchita, singer-songwriter Patrick Kelly and high-flyer Wincent Weiss – will be appearing during the evening.

All visitors of Musikmesse and Prolight + Sound receive a Festival wrist band, which entitles them to attend Musikmesse Festival events at a reduced price or, in some cases, free of charge. A ‘Start the Weekend’ ticket is available for € 15 and is valid from 14.00 hrs on Friday and all-day Saturday. 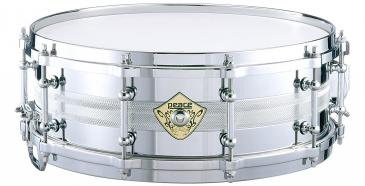 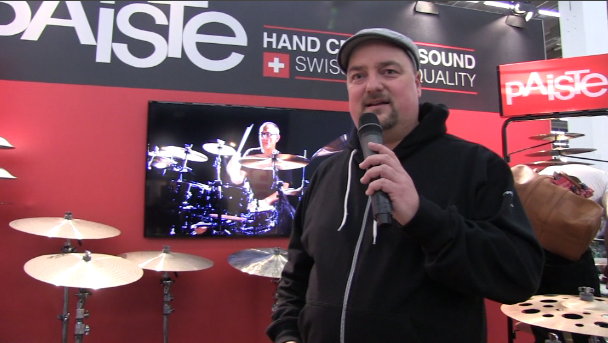 Paiste news from Musikmesse 2018 Pasite brought to the Musikmesse 2018 music show a bunch of Master Series cymbals. Very pecial line, the Masters started out as an assemblage of twelve rides manufactured cymbals made Continue Reading...>>>>>

Musikmesse and Prolight + Sound: upward trend for internationality and exhibitor satisfaction The Saturday-evening concert by Dionne Warwick and the New Philharmonic Orchestra Frankfurt marked the end of a week of music and events. 1,803 Continue Reading...>>>>>