Mike provides insight into his background and development, and shares his thoughts on developing your own voice, studying the masters, heritage and lineage, communicating with other musicians, listening, creativity, tuning, and much more.

The package is rounded out by audio and video files of Mike performing many of the examples from the book.

All Pre-Orders will receive a SIGNED COPY of The Post-Bop Drum Book, Signed by Mike Clark!

“Mike Clark is a great drummer. Even though he’s young enough to have come of age after Art Blakey, Philly Joe Jones, Tony Williams and Jack DeJohnette had already made their mark — and old enough to not be one of the “young lions” or that 80s generation of drum technocrats — he still managed to find “his own style” as Herbie Hancock advised him to do. Not only did he find his own style, he helped to create and refine a new language of funk drumming that combined the best of jazz and R&B. While I first got to know Mike’s playing by way of his highly original sophisti-funk stylings, it was through hearing him play be-bop that I came to appreciate the full measure of his drumming.

Mike Clark lives and breathes the drums. He came to the Thornton School of Music at the University of Southern California (where I teach), and his masterclass was as informative as his enthusiasm was contagious. He made sure that we all knew how to play a shuffle before he was finished. (I learned a great beat from him that night …). And Mike’s teaching method in this excellent new book will make certain that the reader gains more insight into swing, be-bop and post-bop drumming, and where all of that met the funk in the 1970s, than he or she might otherwise get to know. Audio and video files (included) help to drive Mike’s knowledge home. This book comes along at a good time. I still regard those halcyon days as being an incredibly exciting moment in music, with much of that excitement thanks to Mike Clark’s drumming. This book is, literally, a “time machine.” Strap-in and dig the ride.”
– Peter Erskine 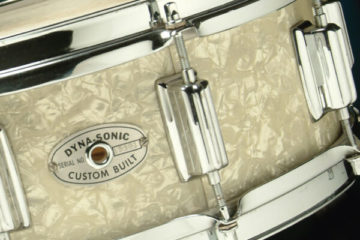 The Rogers Book is part of The History of American drums, a collection curated by Rebeats and Rob Cook and edited by Hudson Music, specialized in the history of the great American drum companies and the personalities that helped define them. 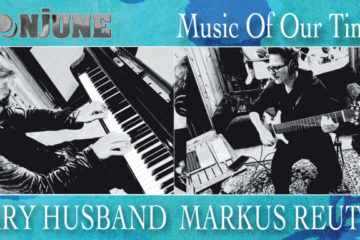 Maestros GARY HUSBAND and MARKUS REUTER embark on an impromptu journey of both mind and soul, in one of the most unique, timeless efforts to grace the MoonJune label – or, for that matter, the improvised and avant-garde genre – with the release of the recherché, "Music Of Our Time". 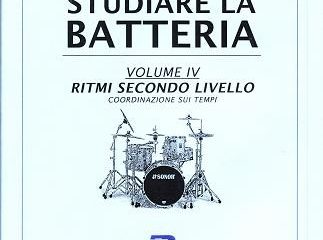